Internship at the Lawrence Berkeley National Laboratory in Berkeley, California

„The day when the scientist, no matter how devoted, may make signiﬁcant progress alone […] is past“. Ernest O. Lawrence’s belief that scientiﬁc research should be conducted in teams of individuals with different expertise, which was deﬁnitely not common at the time, is certainly one of the reasons why he founded a laboratory in the hills above Berkeley, California, in 1931. Nowadays the Lawrence Berkeley National Laboratory (LBNL) is a world-renowned research institution, which is owned by the U.S Department of Energy and managed by the University of California, Berkeley (UC Berkeley). It conducts wide-spread research in areas reaching from Biosciences over Earth and Environmental Sciences to Energy Sciences and Technologies as well as Physical Sciences. Hereby its self-proclaimed goals are improving the environment, developing solutions for a secure future in energy, and enhancing the understanding of the universe. Its countless contributions to the scientiﬁc world not only include the discovery of 16 elements of the periodic table but also 13 Nobel Prices which were awarded to LBNL scientists, one of which was O. Lawrence himself. 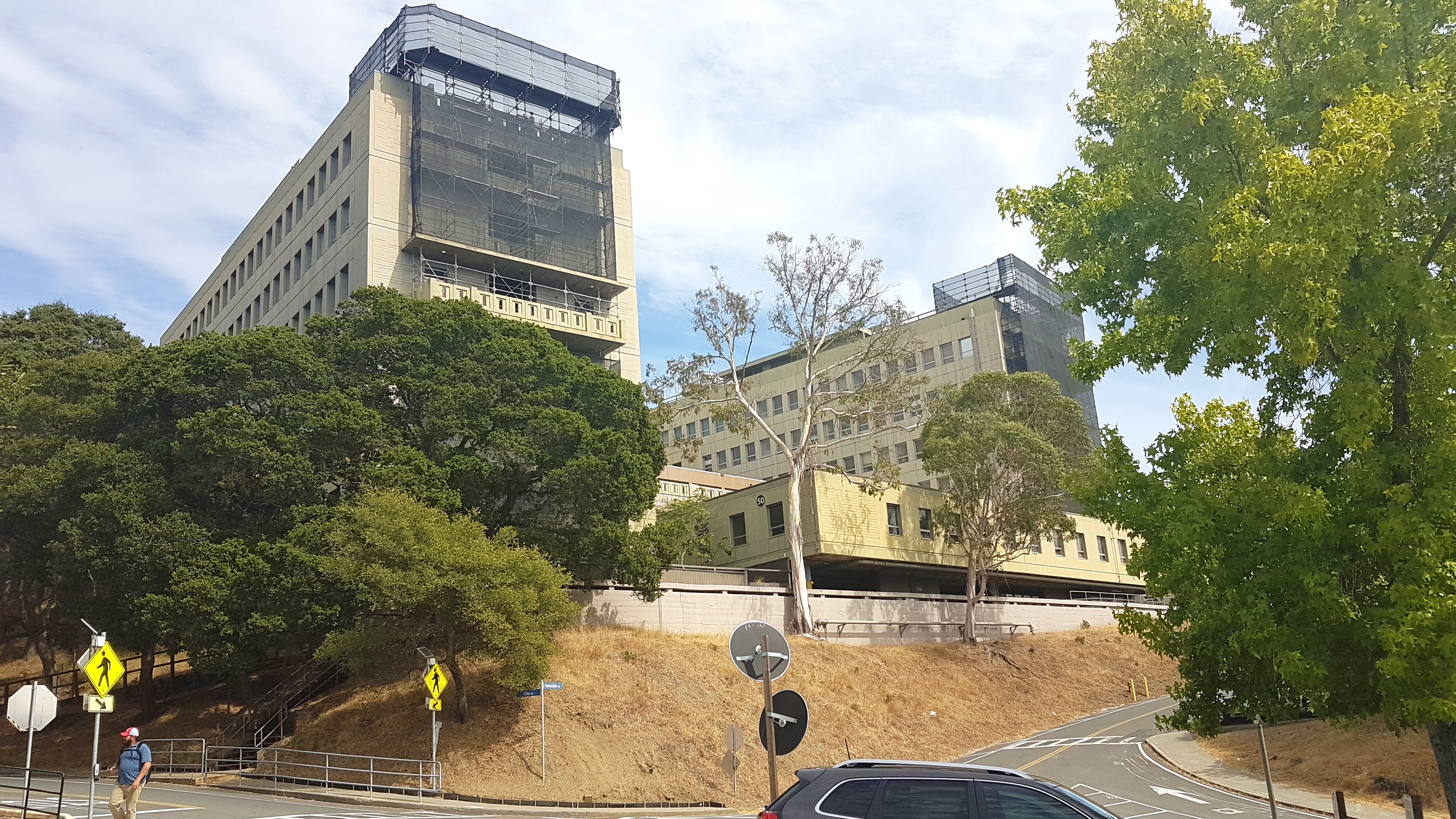 Figure 1: Image of Building Complex 50 of the LBNL where our team’s ofﬁce was located.

Together with Jeanette Plechinger, another TUMKolleg student (refer to her report for further insight to all activities), I had the chance to conduct an internship at this unique place’s Physics Department, which can be seen in ﬁgure 1. During the 5 weeks in Prof. Carlton Pennypacker’s cosmological research team, we received a considerable amount of insight into modern cosmology’s research, workplace requirements as well as present-day problems and limitations. In addition to that we were provided with our own research project, which mainly consisted of the analysis of several series of telescope images that were taken for us by the Las Cumbres Observatory (LCO) on a daily basis. Goal of the project was to determine the distance to several Cepheid variable stars and to compare our results to other already conducted measurements. Cepheids are special stars of great signiﬁcance in cosmological distance determination. As common methods, like the usage of radio waves (radar), aren’t applicable any more outside of our solar system, astronomers have to rely on different methods for measuring distances. One of them is the usage of so-called standard candles, which are objects that have, due to certain characteristics, known absolute magnitudes (observable luminosity at a ﬁxed distance of 10pc from the object). Even if an extremely distant object, no matter where in the universe, can be identiﬁed as a standard-candle, its absolute magnitude will be known. By comparing an object’s absolute to its apparent magnitude (observable luminosity at earth), which can be measured with telescopes, one can determine its distance from our planet. This is caused by the circumstance that light is spreading at a known rate when traveling away from an object, thereby decreasing its intensity. As a result of their special characteristics, cepheids are often used as standard candles. A Cepheid is a pulsating star that changes its luminosity on a periodic basis. This mechanism, which is displayed in ﬁgure 2, is caused by a repeated expansion and compression due to unbalanced forces within the star itself, which in return results in different amounts of light being emitted.

Figure 2: The underlying mechanism that causes a cepheid’s oscillation in size (κ-mechanism).

As there exists a direct relationship between a cepheid’s period and its absolute magnitude, one can calculate its distance by determining its mean apparent magnitude and its period from a so-called light curve of which an example can be seen in ﬁgure 3. By using a special software, whose usage we had to learn before and a variety of formulas we were able to extrapolate the distances of several cepheids from earth, which we could compare to measurements made by Gaia, a satellite telescope created by the European Space Agency, which was launched in 2013. 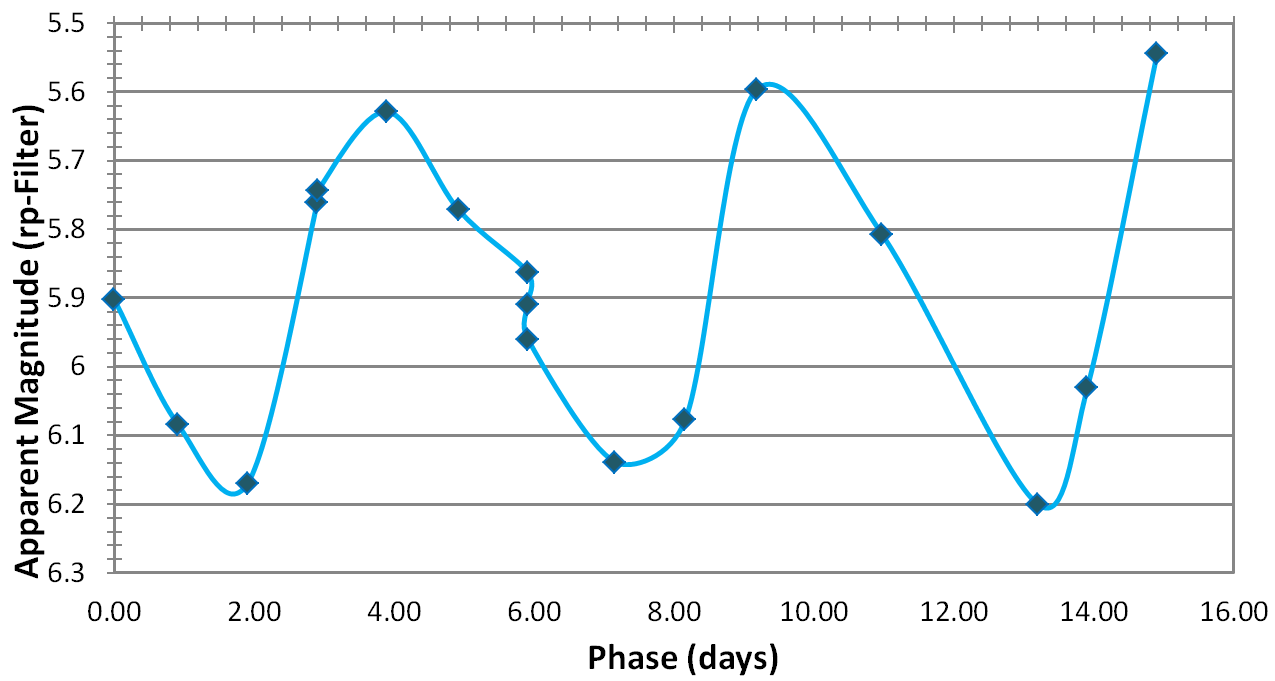 Figure 3: Light curve (plot of luminosity over time) of an examined classical cepheid (R Crucis) with a periodic change in luminosity.

Gaia uses a different approach for determining distances to near objects, which is called „parallax“. When moving in a car, nearer objects like trees or houses tend to shift faster than more distance objects like mountains or hills. The amount an object moves can be used to calculate its distance from the observer. The same principle is applicable to stars, though in this case much larger movements like the earth’s revolution around the sun are required to notice small differences in a star’s position relative to distant background stars. As Gaia provides the data needed to calculate the distances to the cepheids examined by us, we were generally able to compare and verify Gaia’s measurements that were, with a few exceptions, due to a lack of telescope data or atmospheric disturbances when taking our images, in agreement to our results.

However, the scientiﬁc part of this internship did not only include research results, but also a lot of personal experiences including a lot of teamwork and fertile discussions with the research team, just as O. Lawrence would have wished for. Not only did the internship provide me with scientiﬁc work under real conditions, but also yielded a lot of practical applications of which the theoretical knowledge about the formulas and cepheids was acquired only shortly before, a concern that often tends to be forgotten in modern education. The problem solving skills that were acquired under those circumstances will certainly prove to be invaluable in the future.

Of course this internship didn’t only consist of research, our free time was spent by sight seeing in the San Francisco Bay Area and mainly in San Francisco itself. Founded during the 1840’s gold rush, it is now a signiﬁcant business center near and almost incorporated by the silicon valley at the west coast of Northern America. Being one of the technological capitals of the U.S., its progressive and diverse character was immediately noticeable upon arrival. You felt very welcomed by the Californian citizens and their open-mindedness, a character trait, however, which you would certainly search in vain in the southern states of the U.S. The constant thrive for innovation is not only trying to make people’s lives better, but also trying to protect nature and the environment. Something you will notice when shopping for food, as plastic bags aren’t available and you are charged for paper bags. San Francisco Airport recently even banned plastic bottles completely. This care for nature is also observable in the sheer number of green oases, recreation areas, wildlife preserves and parks. One of which is the Golden Gate Park, visible in ﬁgure 4, in the west of the city, which I personally really enjoyed due to its mild climate and extensive amount of plants from all over the world.

Figure 4: Golden Gate Park scenery with images of the Flower Conservatory, a windmill for water pumping and from inside the Botanical Garden. The Golden Gate park has a lot to offer and certainly is San Francisco’s greenest and largest recreational area.

The Bay Area’s high living standard, however, has its consequences. The rent in the area is almost twice as high as the U.S. average, food is usually priced twice as high as in Germany, and even water is unusually expensive due to the lack of rain in the region. This, in turn, forces many people into poverty and homelessness. Therefore, a large amount of homeless people which are a result of this social division contribute to the street’s appearance as much as expensive cars do. The city’s diversity, in a positive sense however is noticeable in its demographic structure. Only a third of its citizens are actually born in California while approximately 34% of the people have an Asian and 15% of its citizens have an Hispanic origin. The different districts of the city make these facts self-evident. San Francisco’s Chinatown is the second-largest outside of Asia, Haight-Ahsbury attracts hippies from all over the world and keeps the summer of love alive, while big deals are made in the Financial District, and the rich enjoy the silence near the coast in Presidio Heights. As San Francisco is located on a peninsula and enclosed by water on all but one sides, it is actually quite a small city, that is rather walkable. So walking through its different districts, some of which can be seen in ﬁgure 5, almost felt like walking through different cities and cultures from around the world. 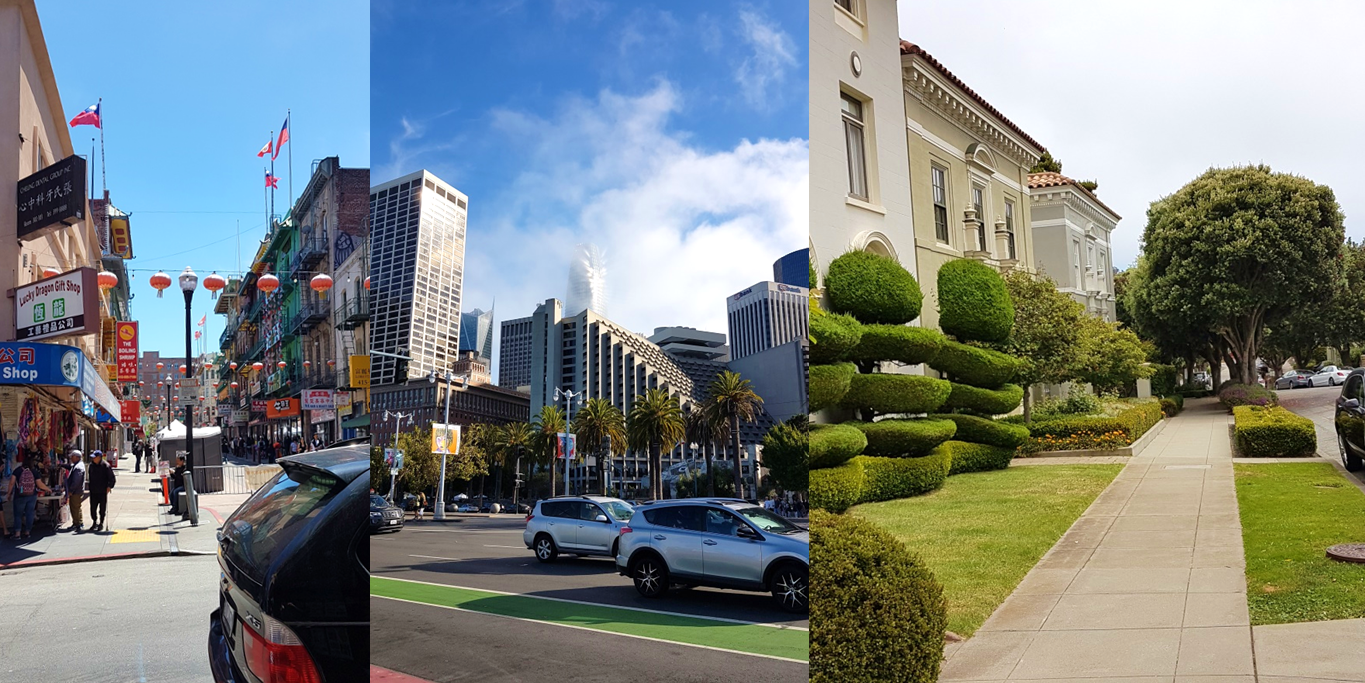 Figure 5: Chinatown, the Financial District and Presidio Heights in San Francisco show the city’s diversity. There are a large amount of inﬂuences from Mexico, Asia and even European countries like Italy.

As much fun as it is to walk trough the city itself, traversing the Golden Gate Bridge in ﬁgure 6, a world-renowned tourist attraction, is an exceptional experience not to miss. The impressive structure, opened in 1937 and 2.7 km long, offers a wonderful view at the city and a crossing can be followed by a beautiful walk at the beach or a visit at one of the museums in the northwest of the city. 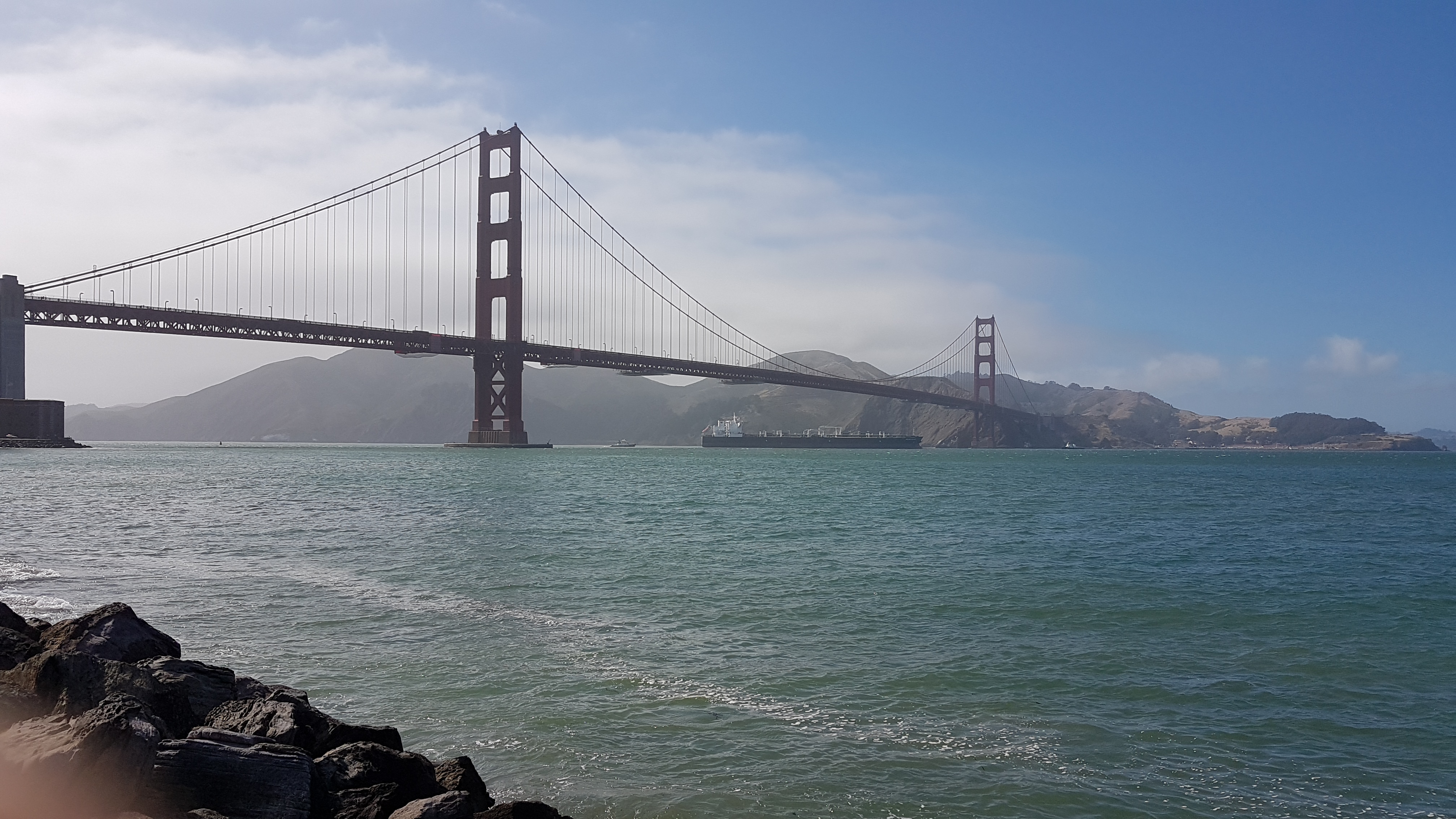 Figure 6: View at the Golden Gate Bridge in the northwest of San Francisco. Evenings and especially mornings tend to be quite foggy in the Bay Area, so the bridge is often covered.

One of my most memorable experiences will certainly also be a handshake with Saul Perlmutter, one of LBNL’s Nobel laureates, whom we met by chance in a restaurant at one of our last days in Berkeley. Our actual last day was spent by hiking in a preserve on one of the hills at the Bay’s east side, which was a wonderful on its own and offered a magniﬁcent view at the whole Bay Area, that can be seen in ﬁgure 7, as well as an excellent amount of sport before boarding and sitting in the plane for several hours. 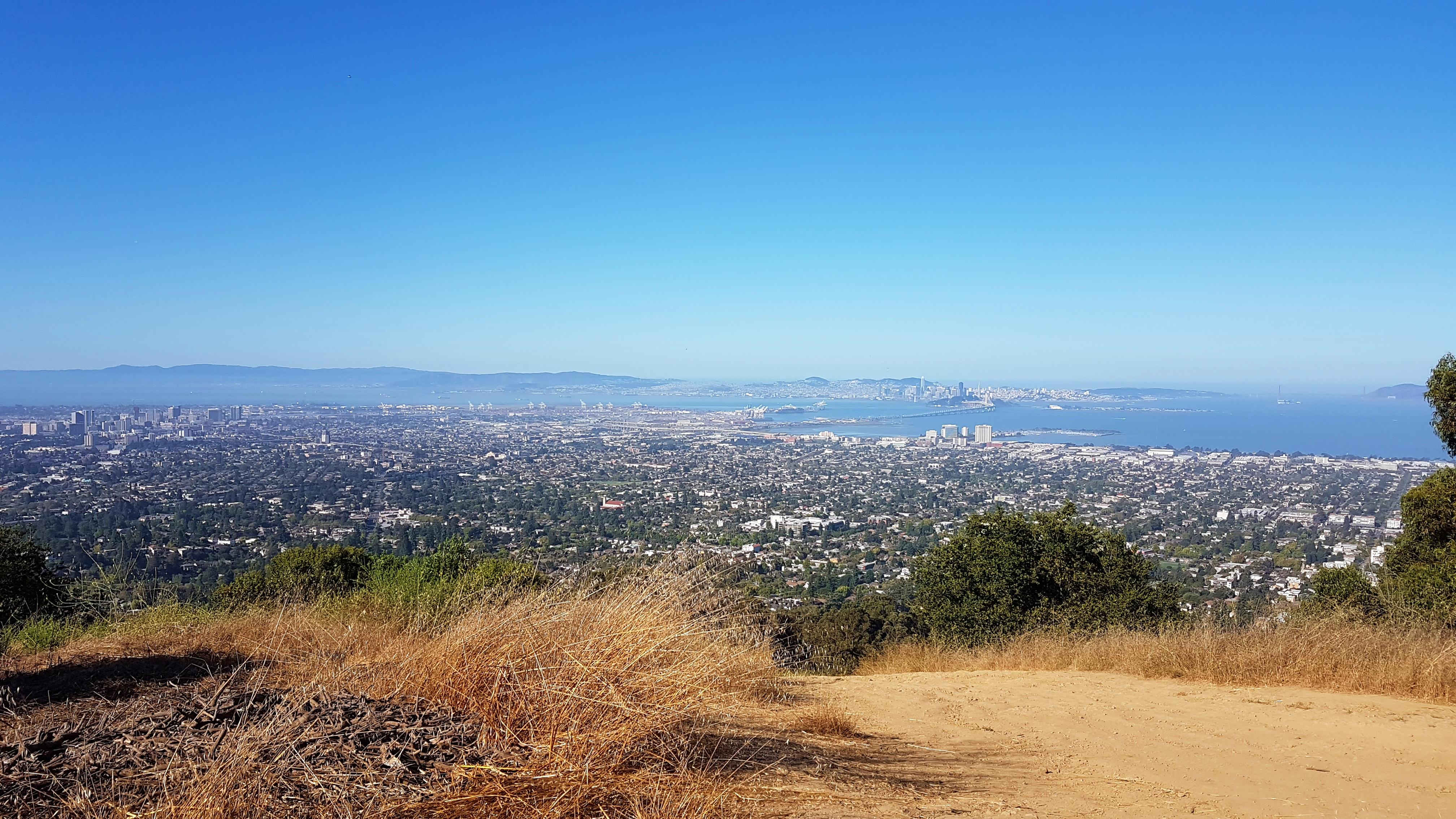 Figure 7: View at Berkeley, Oakland and the San Francisco peninsula in the background from the hills east of Berkeley.

The interesting and rewarding work at the laboratory, the relaxed and open-minded people, the cultural diversity and modern mindset and not least the wonderful experiences I had and gathered during my internship have turned it into a remarkable section of my life. As Oscar Wilde said once: „It’s an odd thing, but anyone who disappears is said to be seen in San Francisco.“ And as I really began to like this city with all of its features and wonderful places, it might be very likely to ﬁnd me there, if I disappear someday.