Technical internship in Rettenbach am Auerberg, Bavaria, 2nd of July to 21st of July (Isabel) 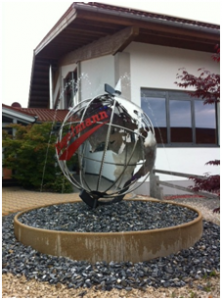 My journey began on Monday the 2nd of July at about 7:20. My Mother took me to Rettenbach am Auerberg, a little village between Schongau and Marktoberdorf. Although everyone had warned me, it would be a very small place with nothing going on -just like Höhenrain (where I´m from) – I was very surprised how innovative this small backwater really is. According to its website, Rettenbach is the solar village of Germany and an area of recreation. Furthermore and most decisively, Rettenbach has its own currency; the presence of a supermarket, a bakery, a café and a shop for regional products intensified my impression of this place to be more than “just like Höhenrain”. I mean I even had internet access! END_OF_DOCUMENT_TOKEN_TO_BE_REPLACED 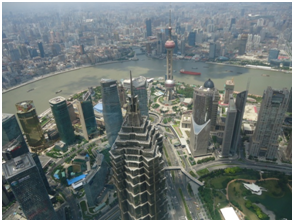 View from the Financial Center, in the foreground Jin Mao Tower

This summer I had the possibility to experience the first foreign internship in my life, although I’m still at High School. To be honest it was not as easy as I expected to get a foreign internship place for me as a minor and on top of that only for three weeks. But I had a lot of luck and got the chance to spend the time of my internship at BSAF BCCP TMDI in Shanghai, China. The Project is responsible for the planning of a new MDI (explanation see below) site at Chong Quing. END_OF_DOCUMENT_TOKEN_TO_BE_REPLACED

We arrived on Friday 29th of June and experienced a warm welcome. Our host family has six members: Becky (mom), Mike (dad), Maddy, Nick, Dylan (children) and Grandma Shirley. Everybody was very nice and a little crazy. Our stay was so full of interesting events that it’s almost impossible to mention all of them. I’ll describe the most important things in the following paragraphs. END_OF_DOCUMENT_TOKEN_TO_BE_REPLACED

The last month of Q11 was a highlight for me. I got the opportunity to do an internship at Siemens AG Austria in Vienna working for the Corporate Unit of Communications. From July 2nd until July 27th I supported the department of Internal Communications. On my first day I got given a Laptop, an employee card and a desk was assigned to me. This made it really easy for me to integrate into the processes and the daily office routine. Generally I had to work for 38.5 hours per week and had a lunch break of 30 minutes every day. END_OF_DOCUMENT_TOKEN_TO_BE_REPLACED

END_OF_DOCUMENT_TOKEN_TO_BE_REPLACED

Paris – the city of love. That’s what people say about the capital of France, but what does it mean, and is it true? After having spent four weeks in that amazing city, I think I can definitely tell that Paris is way more than just an idealistic love film setting. 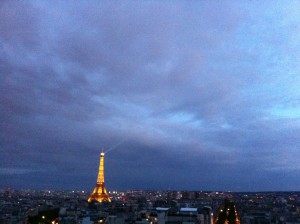 For the duration of my stay in Paris, I rented a flat in the 9th arondissement in the northern part of Paris – which is basically divided into South and North by the river Seine. My flat was not to be named an apartment as it was only composed of one single room which was reached by climbing up three sets of tiny stairs, but at least I was happy not to live on the fifth floor since there was no elevator in the old house. Nevertheless, I loved my flat for I could pull my bed out of the wall and have breakfast in bed since the fridge was 30 cm away from my pillow. In addition, I lived only ten minutes away from the Sacre-Coeur which is situated at Montmartre on top of a hill, so after surviving another 500 stairs you have an amazing view over Paris (only lacking the Eiffel tower which is hidden behind a tree). Talking about views, I can tell that I saw plenty of the most spectacular ones of the city, including the bird’s eye perspective from the windy 56th floor of the Tour Montparnasse sky scratcher, the world’s biggest roundabout from top of the Arc de Triomphe in its center as well as – of course – the nightly, illuminated city from the third tier of the Eiffel Tower. Spotting the most popular tourist attraction from different places in the city was a delight especially during night time, as from 10PM on, every full hour the tower would be floodlit with alternately flashing lights which gave it the appearance of a huge glittering baby toy.

However, my time wasn’t just striving through the city- a great deal of the day I spent working for the Head Quarter of Allianz Global Assistance in Paris. Every morning between nine and ten (French people are quite flexible with working hours) I left the house and walked direction Opera Garnier where my work place was located close to. So calling it luck or bad luck, I walked through the rue des Martyrs on a daily basis, tempting me with odors and the most beautiful shop windows to buy the most exquisite dainties one could imagine. Stimulated like this, I was ready to start my working day. I was part of a team called SOKE (Sharing our Knowledge to everyone) which is in charge of analysing activities in the group’s member countries in order to harmonise processes as for example the claim management process. In the end, the aim of our work was of course to save the firm some money, which was described with the sounding phrase “cost optimisation”. I participated in several projects concerning Automotive, Property, Network and Workforce, and my main tasks were preparing presentations, having meetings and convincing other people that my work was more important than theirs. I was the owner of a desk, a badge (very important if you don’t want to lock yourself out of the office after lunch break) and a telephone – and soon I was familiar with every single facet of Excel and Powerpoint, as well as several international dialling codes. This way, I came in touch with people from all over the world: I spoke to people from Brazil and Greece, Singapore and Thailand, China and Australia and many others – this was the part of my work which I probably liked most.

The only major problem occurred around two weeks after my arrival: it was the time when the horrible rain and cold wind stopped and the sun came out at last. Though I was really happy about the beautiful weather, the fact that the air conditioning collapsed and the office transformed into a sauna dimmed my elation a lot.

But the relief was even more satisfactory at the end of the day when I could go to the city centre and enjoy the sun at some of the several parks of Paris or the riverside or at a friend’s house. Looking back, my first week seems to have consisted of how -much- can- you- walk- in- one- day- and- how- much- can- you- visit- days, but after I had seen most of the touristic sights in Paris, I slowed down and started to really visit Paris: the silent side streets, the peaceful and ancient cemeteries, the small cafes and restaurants, the busy local markets and much more. Seeing children playing with colourful boats on a fountain in the Parc de Luxembourg, enjoying the majestic atmosphere of an organ concert in a church or just listening to a talented guitar player sitting on the stairs of Sacre Coeur – those were some moments that showed me the real Paris in the first place.

After four weeks, I became so familiar with the city, the streets, the people – I honestly couldn’t imagine returning home. But the day came when I had to take my plane and say good bye to everyone. Taking off, the aircraft made a last turn before heading to Munich – and that moment the sun broke through the clouds and I could see Paris with the Seine and the Eiffel Tower in the distance and I knew I would never ever forget my time in this incredible city.