From July 8 to July 26 I attended a three-week internship as an editor at TV.Rostock, a small local news station in Rostock. END_OF_DOCUMENT_TOKEN_TO_BE_REPLACED

Report of my Internship at eos in prototype manufacturing

eos, a rising company which is developing, producing and selling machines for a new technology of 3D printing, so called laser sintering.
An internship at a company for 3D printing sounds fascinating, doesn’t it?
A very impressive experience to work at a company, that uses newest technologies and employs very talkative engineers. This way you get to learn a bunch of people and new technologies. END_OF_DOCUMENT_TOKEN_TO_BE_REPLACED

Report about the internship at the Swedish company Qualisys

I spent my internship at a small company of approximately 50 employees named Qualisys. The headquarter of the company is situated in an old warehouse at the harbour of Gothenburg. Qualisys produces motion capture systems for different applications in industry or biomechanics. (Motion capture = the process of recording the movement of objects or people, that is used e.g. in filmmaking to record actions of human actors) At my first day I was warmly welcomed by my advisor Zlatko and after a short introduction he showed me round the company. My task in the three weeks was to understand the functionality of the motion capture systems and to support my advisor, a PhD student, with his experiments. END_OF_DOCUMENT_TOKEN_TO_BE_REPLACED

My first internship was from 23rd of July until 6th of august at Rodenstock GmbH, a German company working in the eyewear sector. The suppliers for the frames are located in China, South Korea, Japan and Italy. In Italy the frames for Porsche Design, Dunhill and Mercedes are made. END_OF_DOCUMENT_TOKEN_TO_BE_REPLACED

If you are wondering what taxes, engines and scalpels have to do with my internship, please, don’t hesitate to read my internship report!

My three weeks of internship were split into three different ones.The first of my three internships I spent in Munich, Widenmayerstraße 16. Michaela Schulze established her tax consultant office there in 2005 with her two sisters. Also all the other employees are women. Admirable is how they manage their children and their job. Especially Michaela Schulze makes career and earns a lot of money, nevertheless she does not neglect her responsibilities as mother. A good time management and in general good organization is necessary to be able to deal with this double time job successfully. END_OF_DOCUMENT_TOKEN_TO_BE_REPLACED

REPORT ABOUT THE INTERNSHIP AT BAYER MATERIAL SCIENCE IN SHANGHAI 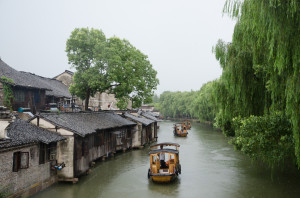 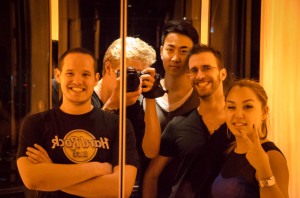 My internship in China was intriguing technologically and culturally. So many impressions touched me that it became hard process all of it. Looking back now it was an invaluable time.

At Bayer I interned in the polycarbonate business unit. Polycarbonates are polymers produced during the chemical process of polymerization. Their three most important characteristics are: transparency, high impact resistance and flame retardance/good high temperature resistance. According to the head of product technology polycarbonate is the best material available if all three characteristics are needed in a product. END_OF_DOCUMENT_TOKEN_TO_BE_REPLACED